Throughout the night my tent was shaken and buffeted by violent gusts of wind, the sheets of rain drummed loudly against the sides. We were lucky as by morning the rain had passed and only the strong wind remained. I took my theory that it is wind not sunshine that dries things to the test. In the absence of a washing line or anywhere to hang my tent, I took the inner sheet of my tent and wrapped it around my neck and fastened it like a cape. I then proceeded to continue with my morning routine of packing my panniers dressed like a camping superman and caught amused smiles from passing campers. Yet it worked! And I happily rolled up a dried tent.

We paid a quick visit to the distillery on our way to catch the early morning ferry back to the main land. As we waited by the coast, listening to the squeaks of oyster catchers and admiring the blues of the sea, the sun came out.

The Lochranza to Cloanaig ferry has an appearance reminiscent of a WW2 landing craft, with a drawbridge-type ramp at each end. This enables it to land at a simple concrete slipway and load a range of vehicles including large caravans towed by Chelsea tractors. As we headed across the water the last of the night’s gale was still blowing itself out. This made our arrival at Cloanaig more akin to landing a sea kayak in surf than hopping off the average ferry. The vessel was moving up and down considerably on the swell even while the vehicles were disembarking. As we approached the ramp downwards, I could see the waves crashing on the concrete landing and swamping the ramp. How on earth could I walk my heavy bike down this steep ramp in cleated shoes without being swept away by a crashing wave? The ferry man clearly saw the question on my face and came rushing toward to take Monty across, leaving me to run as fast as I could between the waves.

Our feet now wet with salt water, but otherwise in fine fettle back on terra firma, we were glad of the strong wind, which blew us up the single-track climb to the main road and along the Kintyre peninsula to Tarbert. Only 15 miles done, but already time for lunch at a cafe on the quayside. With only 25 miles to cover in the day it was the perfect location to indulge our appetites on flapjack crumble ice cream sundae (my Dad) and veggie supreme pizza with added pepperoni (me, not so veggie but still supreme).

From Tarbert we followed the main road north along the coast with views across (the real) Loch Fyne to Argyll. We were lucky to reach the campsite at Lochgilphead and get our tents up before the rain started again. I spent the rest of afternoon lying in the tent reading my book about Kazakhstan while wondering when the clouds would run out of water. In the evening, we cowered in a damp lean-to in order to have dinner and fretted a bit more about the weather as it continued to pour, throwing our tents around in the wind and gradually turning the camping field into a boggy marsh. I fell asleep with my ear plugs tapped into my ears to block out the sound of another night sheltering from a storm. 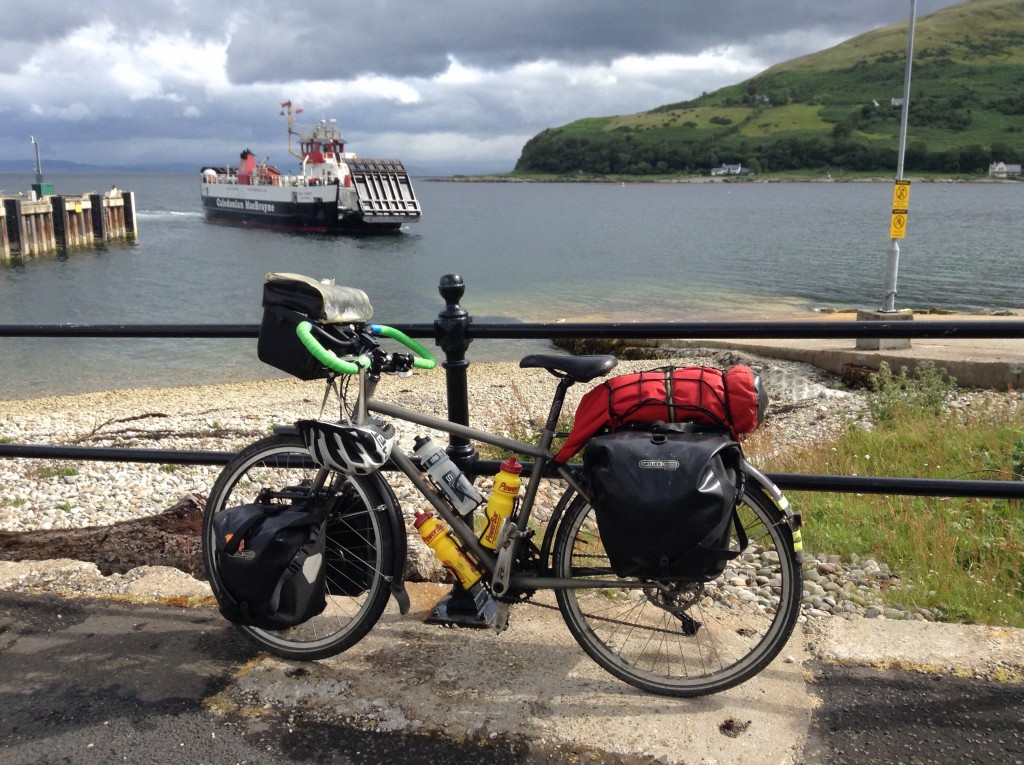 Getting on the ferry… Sunshine and calm. 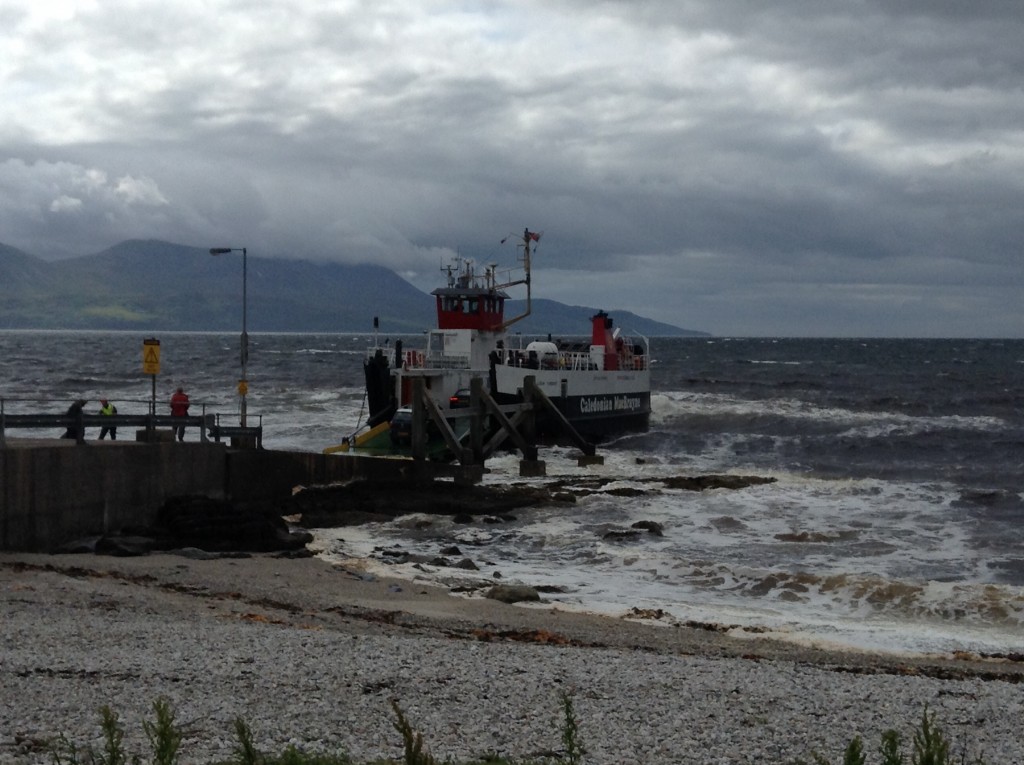 Getting off the ferry in crashing waves…