I was expecting it to be awful. Wet, grey, hard, relentless. Miserable. Previous cycling trips have taught me not to be overly optimistic about cycling through Devon but, joyfully, today was not that bad.

Many LeJoggers reckon that Cornwall and Devon are the hardest parts of the whole trip, because of the constant up and down of the many short steep hills. The prospect of 17 traffic-free level-ish miles would have been reason enough to camp at Padstow even without the magnificent views of Rock across the Camel Estuary and the lure of the Stein chippie.

The Camel Trail follows the track bed of the old railway upstream through Wadebridge to Bodmin. From just outside Bodmin, we took the northern branch which winds its way up the increasingly narrow river valley to Wenford Bridge, to find the delightfully-named Snail Pace cafe. Delightful too for possessing the first cycling-your-own-smoothie machine I have ever seen for pedal-powered puréed mango. Having more than enough miles to go we opted for the more sedate tea, coffee and organic carrot cake to fortify ourselves for the ascent of Bodmin Moor.

We climbed up the side of the moor on classic Cornish knee-crunchingly steep lanes that were lined thick with gorse and foxgloves. At the top, the open moor was quiet save for the rasp of the southerly wind and the bleat of a lamb.

National Cycle Route 3 took us to within sight of the famous Davidstow creamery, and past herds which we assumed were responsible. We stopped for lunch a stone’s throw from the creamery and filled our chunks of bread with, of course, Davidstow cheddar. It would have had very few food miles had my Dad not purchased the cheese in Waitrose last week and had I not carried it on the train and hauled it for miles across Cornwall.

There were plenty more ups and downs to tackle in the afternoon as we flicked up and down through our gears. One rise took us up over the crest of a hill with a view of Launceston below and the jagged peaks of Dartmoor beyond. Tomorrow we will take to those hills and I don’t expect another inch of flat ground before Somerset. 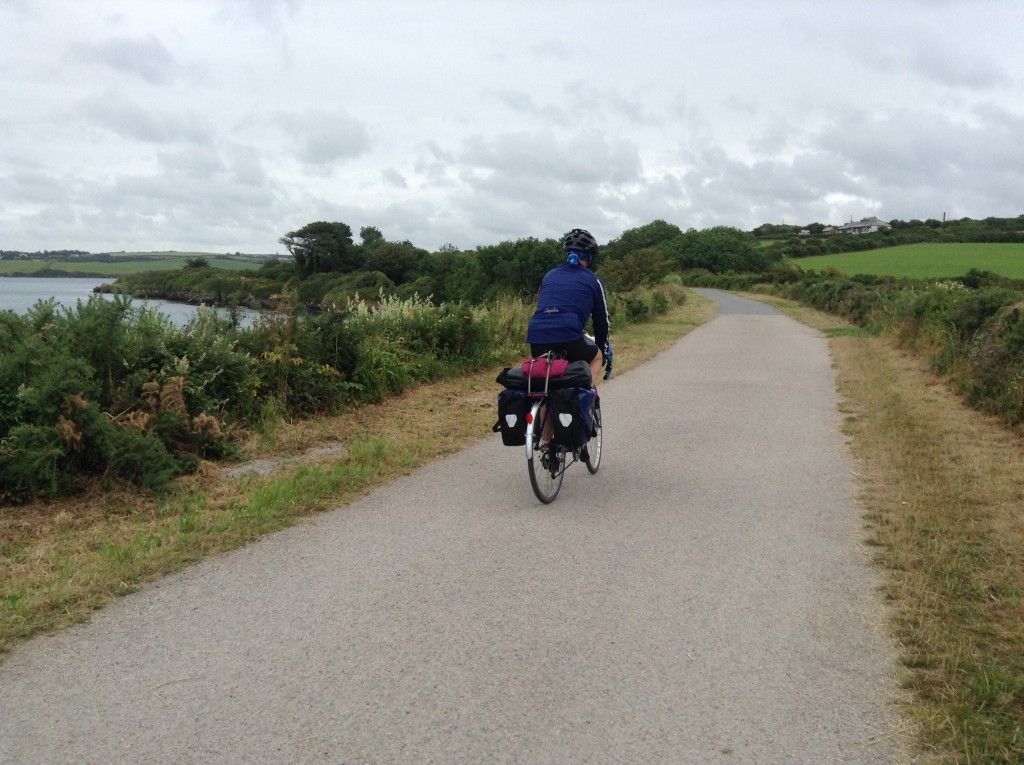 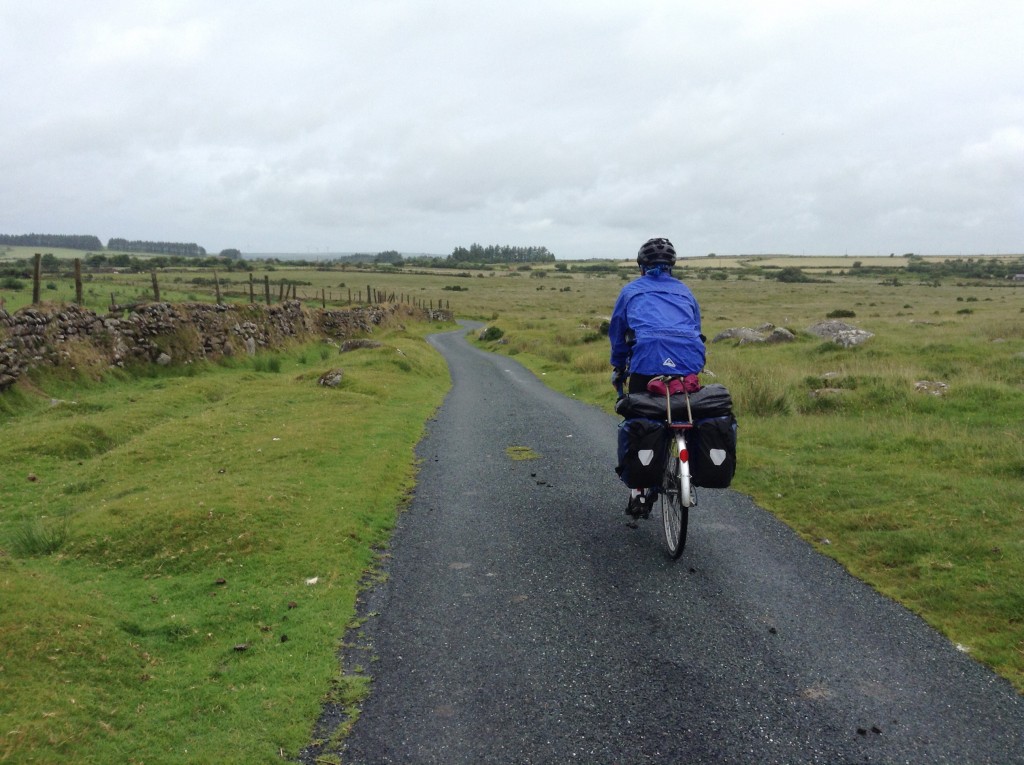 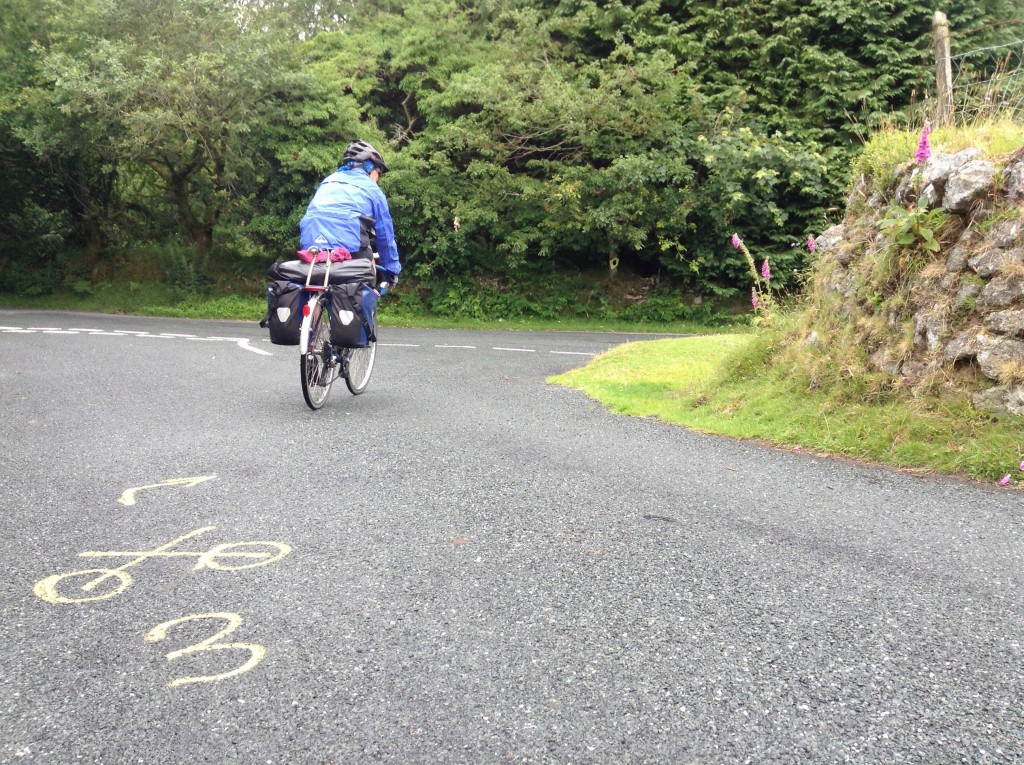 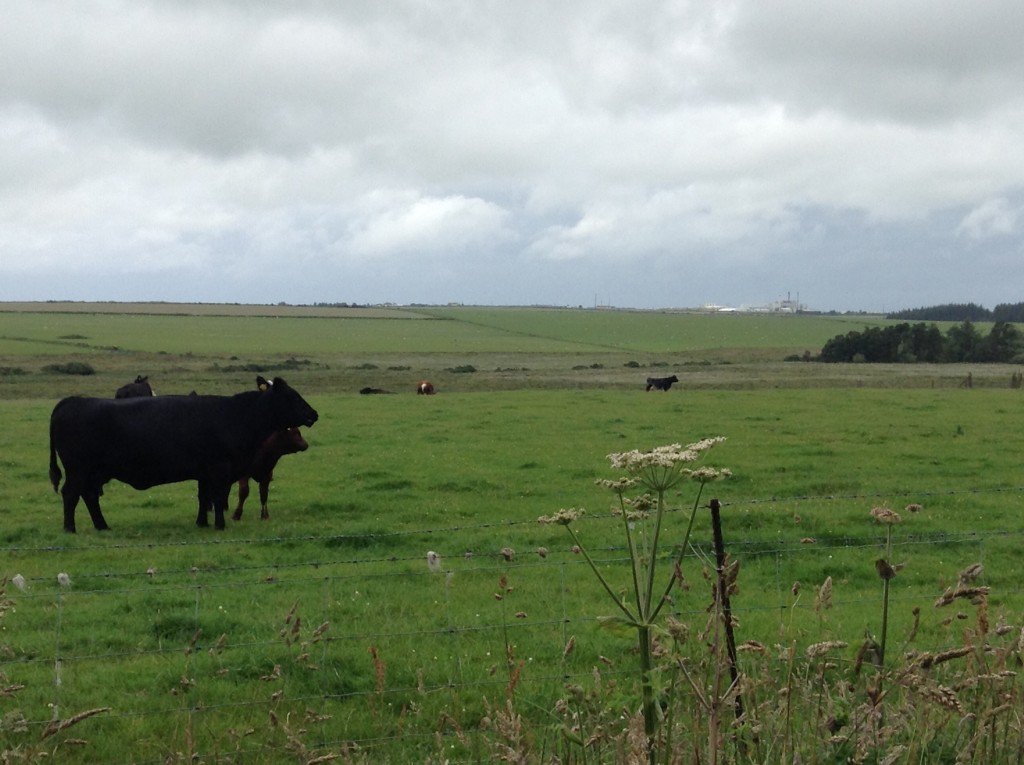