The locals in Peterchurch are very friendly.

Before we’d entered the shop we were approached by a pink, whiskered man in a checked shirt and braces. He’d stopped to ask us where we were going and, sensing kindred spirits, had shared his own adventures of bivvying up Welsh crags with his daughter.

We popped inside the shop to get our drinks and ice cream. It was thirsty work, cycling in the heat. The shop assistant asked us where we were headed. She looked like she might faint from the exhaustion of hearing about cycling 60 miles a day. “I don’t even cycle to work. I only live a mile away,” she said apologetically. Two minutes later she rushed out the shop clutching a postcard of the local area which, bizarre, had a signpost with the miles to and from Lands End and John O’Groats. “It’s only 60p!”

Rose had also popped into the shop at the same time as us and overheard our exploits. “Right,” she said, putting her change back into her purse, “I’m off to the pub then for a pint and a fag.”

She turned down the road towards the Red Lion while up strolled the vicar wearing a summer boating hat and a cream linen jacket over his dog collar. “And you involved in the race?” He began, while leaning over my bike to post a letter.

Hearing we were not local and did not know about the race, he started to explain. “My daughter, Sarah, she knows all the details.” Duly she appeared, marching purposefully across the road, bike race poster in hand. I’ve sip from my can of raspberry lemonade as Sarah explains the various distances, hills that are en route, and the pro riders who are coming for the elite race in the evening.

“Bradley Wiggins, Mark Cavendish and Chris Froome will all be riding. Yep, all of those pros will be here,” she said, holding the poster out in her hands and tucking her chin down into her chest.

Though I love the idea of all these champion riders cycling through Herefordshire in a couple of months time, I can’t quite believe it. Though these local hills are undoubtedly good terrain for a good day’s bike ride, whether you’re a Tour de France winner or a humble cycle tourer

Goldilocks cycling, my Dad called it. Not to steep, not to flat, the road swept through the hills past barley fields, potatoes, orchards and grazing dairy cows. The Black Mountains were visible to our left as we followed the rivers, the Mono, the Dore, and the Wye north along the Welsh border and into the Golden Valley. The descents here are worth the effort of climbing: the Tarmac is smooth enough to go fast and the bends are tight enough to be mildly (but not too) terrifying.

Why is it called the Golden Valley? We wondered whether it might be because of the barley fields. Later we read on Wikipedia that it was because the river, Dore, was mistaken to be the French d’or. But I reckon it’s worth the name a for the golden cycling on offer. 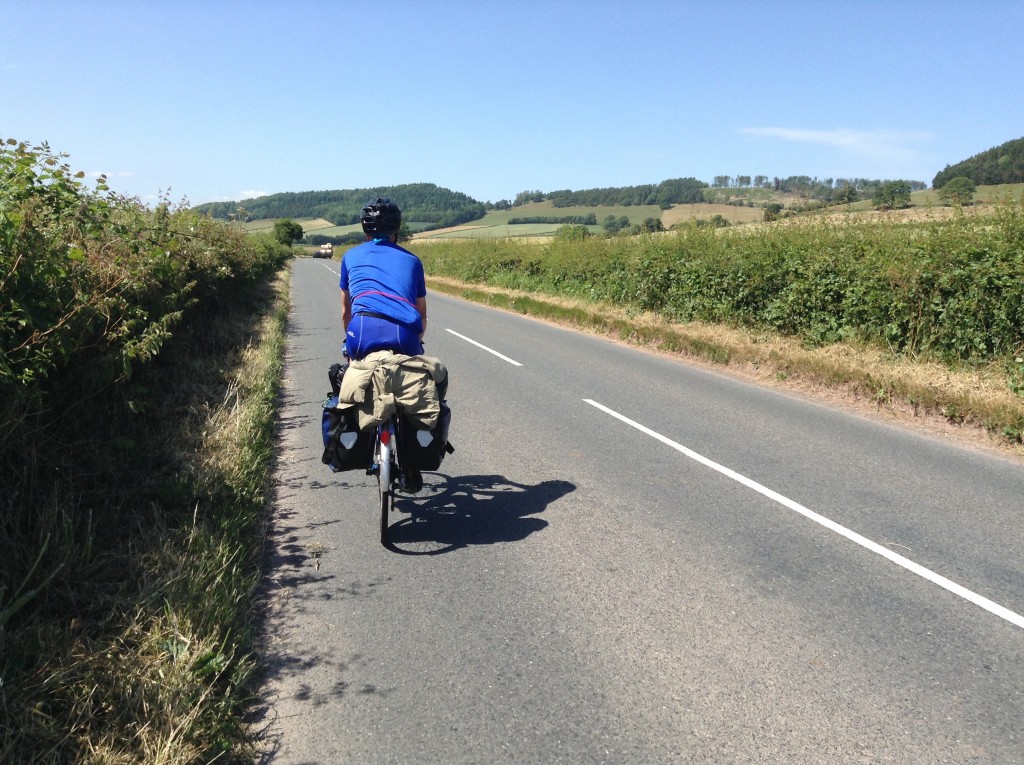 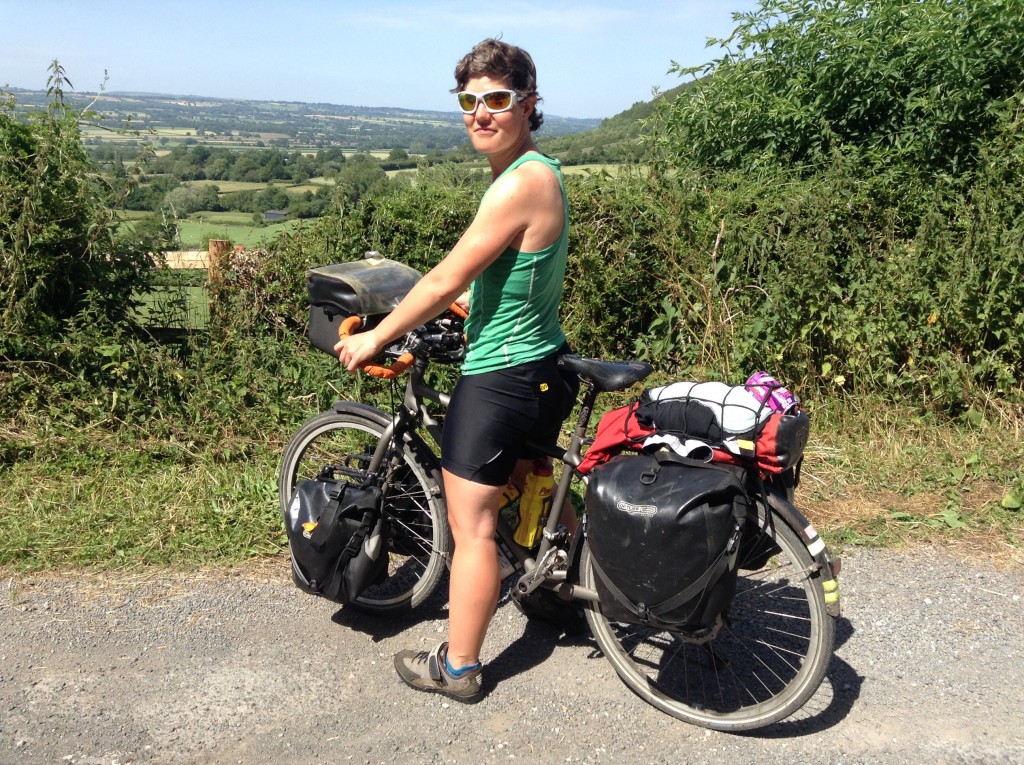