I awoke in a puddle. Or, more accurately, awoke because there was a loud, inebriated Scotsman outside mournfully yelling expletives:

My hand reached out my sleeping bag and searched round the tent floor. It was in a similar condition to the Scotman’s. I had a genius theory that because it’s so windy then the rain falls diagonally in Scotland and so by pitching the midge tent (which is exposed on one side) with its back to the wind would mean I remain dry even in the rain. This theory fails when a) the rain pours down in a torrent and b) the wind changes direction overnight. This night it had done both.

It was too dark to do anything. So I went back to sleep. When I woke again the sun had risen to reveal that I was perched on an island. An inch of rain had fallen over night (this was verified by the amount of water in our BBQ). Half an inch had fall into the midge tent. As it turns out, my thermarest is just over half an inch high and so whilst I remained dry in my sleeping bag all around me was a moat of rain water with my shoes, buff, bags and other possessions floating on top.

It was a quiet morning on the campsite. Yesterday we had enjoyed an unexpected day’s rest. We had meant to take a side trip to Cape Wrath, the most northerly point on the UK mainland, but discovered that the ferry was not running because of the Durness Highland Gathering.

So, after a beautiful morning scramble around a headland of clambering rocks, sand dunes, cotton grass, orchids, snails and wading birds, we too headed to the Gathering. The Highland Gathering started with a pipe band made up of local school kids who marched with impressive confidence and not a smirk to be seen. We took our folding chairs to the front of the field to watch the games: burly shot putters and hammer throwers, inagile high jumpers flinging themselves into the pole, pipers, Scottish dancers, kids running for the egg and spoon. Everyone was allowed to join in: the locals and the holidaying European lined up side by side for their turn wanging the welly. A commonwealth champion was apparently chucking some heavy things. My mum entered the egg and spoon alongside a woman who was mid-puff on a cigarette when the event was called so handed her fag to her friend, ran with egg and spoon, then continued to puff again when she didn’t make the final. I was sprayed with muck as I competed in the 220meter race as the race track descended into bog on the corner. A woman in a Sutherland Athletics hoodie did warm up sprints on the track while a generously-proportioned man waddled blithely across the field carrying three hamburgers.

After the fun of the games it was perhaps not surprising that today, back on the bike, my legs didn’t feel as fresh as I hoped they would after a rest day. My knees were sore from the first hill. Oh, if only I could soak in a bath, lie down, take some time off the bike. It was overcast and damp as we pedalled around a large loch. There were lots hills and few houses. You wonder what it must be like to live here. Cycling past you forget that people have cars and can drive to a town. Perhaps it is not so remote with four wheels. But what about the snow? What if your car breaks down? One house we passed was all on its own on the loch edge. It sat on a circle of land that was attached to the bank only by a thin natural causeway such that it gave the appearance of a water drop clinging to an edge just below it falls. A lone house sat on that piece of land. Further along our way we passed crumbling stone walls that once would have been warm with people and a fireplace. Now the roof was gone the cold wind blew through. So much of the history of this part of Scotland is about displacement and loss. We passed a vacant bay where once, before the
Highland Clearances, a village had stood. Now, it was left empty and nature has fills the void left by the desolation of man.

As we approached at the campsite we overtook a lone cyclist who we’d spotted earlier in the day climbing up hills on the horizon. Jennifer, a much seasoned tourer, had nearly given up on cycle touring in Scotland after a trip earlier in the year had left her completely soaked. Why did she come back for a second rinse? It’s a good wonder, especially given she has a sister to visit in France. But Scotland has its pull: the scenery is more majestic and wild, the flapjack is more filling than your fancy patisseries, and the midges and drizzle keep all by the hardiest of tourists away. It’s hard, but cycling in Scotland is rewarding. After my soaking tent, however, I cannot promise that next time I come here I won’t book into a B&B… 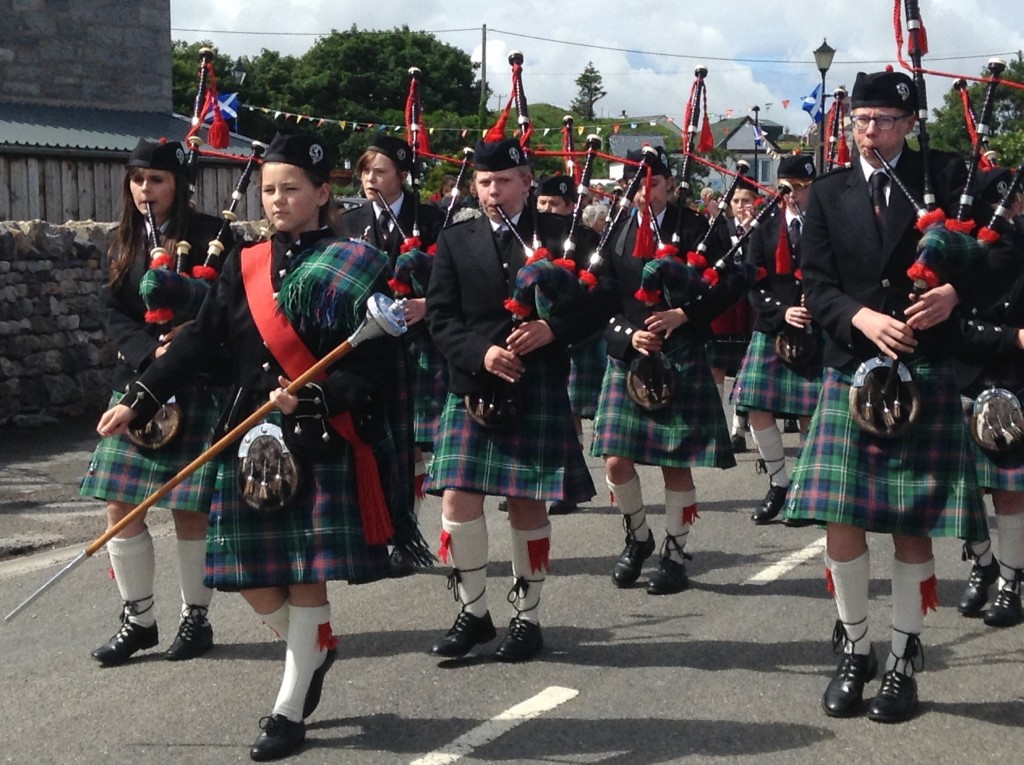 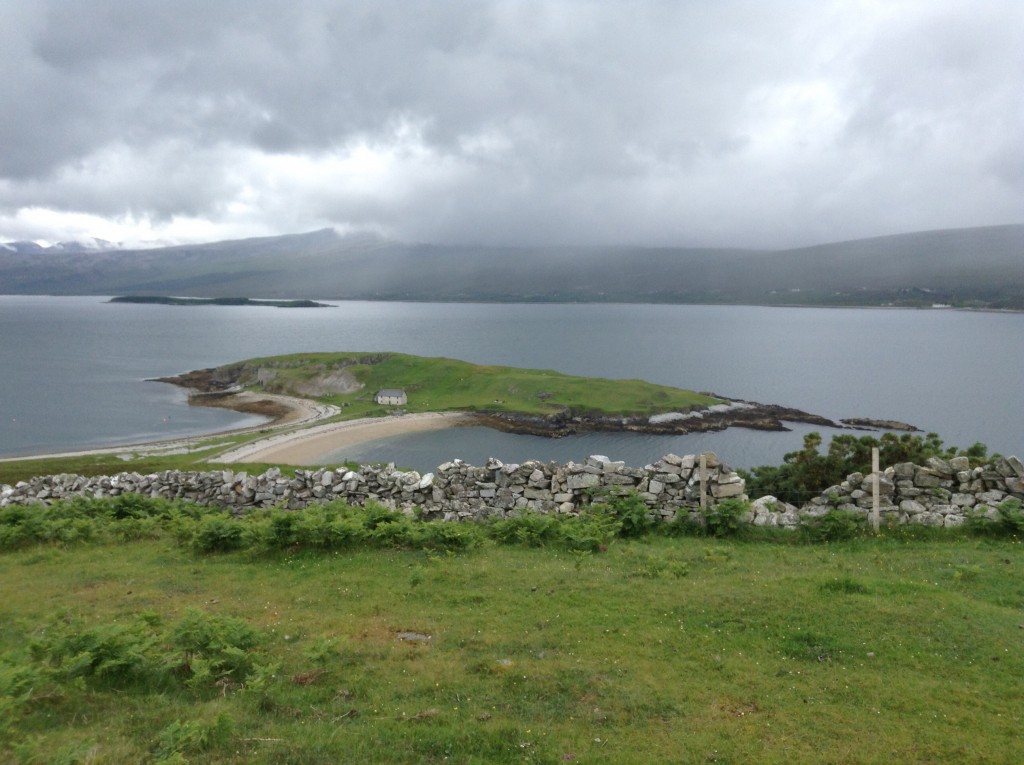