How to be Canadian

“Country club!?” I exclaimed, swivelling round from the front seat, “I thought we were going to a pub.”

It’s 10pm the night before an 88km ride. Usually by this time I would have followed the setting sun to bed and be deeply dreaming about Monty and mountains. No so in Kelowna.

Courtney and Danica had arranged to cycle with me to Kelowna but first they, and their gathered friends, had to teach me the important Canadian lesson of how to two-step. So here I found myself in a club with more cowboy hats than a Clint Eastwood movie. I was scared of the dancing. But even more scared when, during a quick break from spinning round the dance floor, Danica told me that they furthest she’d ever cycled was only 45km.

My worries were allayed the following morning when we set off in the sunshine, joined for the first 20km by Courtney’s dad.

The kilometres slipped by easily and the girls had to wait for me and Monty at the top of the climbs. They had cunningly arranged to have a Support Van (sorry, “truck”) follow us to the campsite later, laden with beer, firewood and a BBQ – all the ingredients for a good night’s camping.

But we could start the campfire we needed to chop the wood! And so commenced my second lesson in being Canadian… 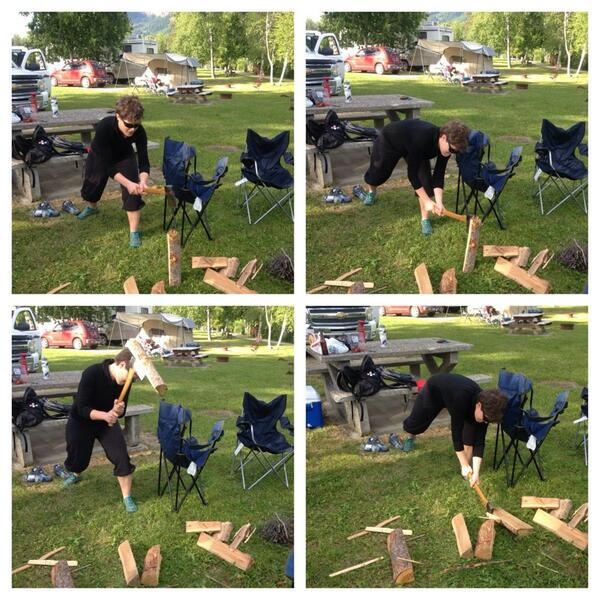 The evening was spent gathered around the campfire toasting (and burning) marshmallows. I charged the gathered Canadians to compete for the accolade of “best British accent” (the prize was a toasted marshmallows) and amused them by rattling off a Raffi song in my newly acquired Canadian. 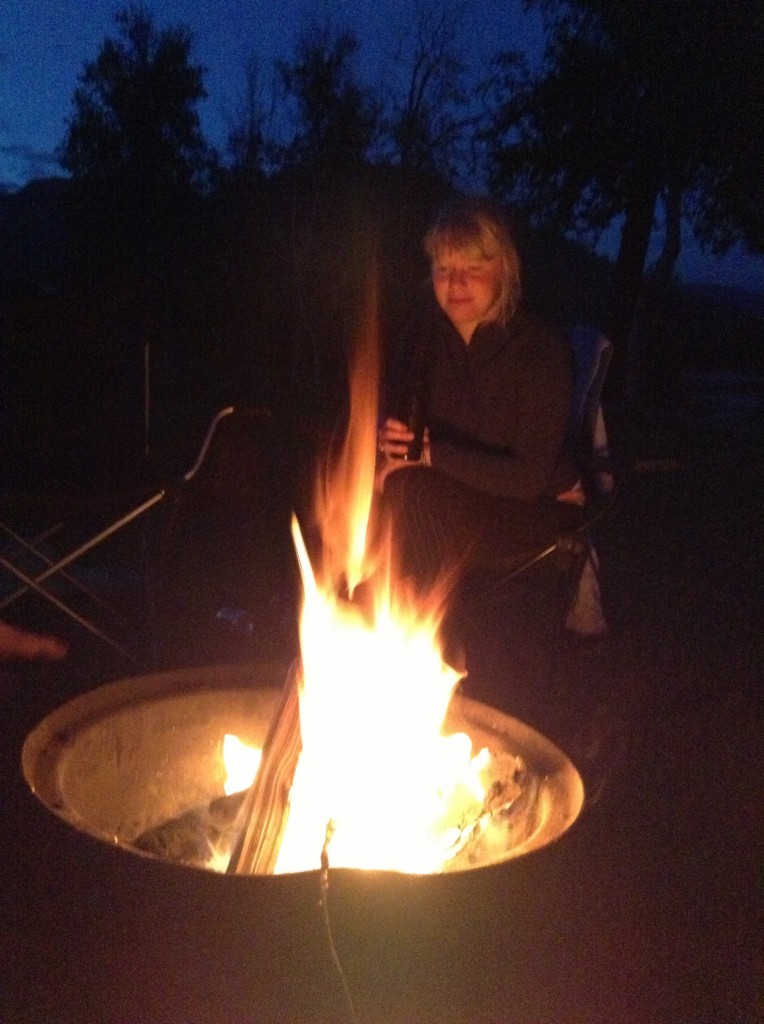 What a wonderful day. It’s not fair to make sweeping generalisations about an entire people yet all the Canadians I have met so far have been awesome, kind and magnanimous people.

Thank you to Courtney, Danica, Amanda and Kate for teaching me how to be Canadian.

BC, Camping, Canada, Cycling across Canada