The water is as clear as cut glass. Wading out chest deep into the lake you can still see your toes as clearly as if you were on bare earth. Rainbow stripes of sunshine refracted by the waves shine on the white sand beneath your feet. The wind stirs the fringe of the lake, rustling against the smooth pebbles on the shore.

Welcome to Agawa Bay. The sky is so bright it is luminous. Yet to the south you can see the right handed sliver of a half moon. Two kayaks paddle home from an adventure. A couple sit on deck chairs further up the beach, admiring the endless view of Superior.

Canada. Here I am surrounded by nature and wilderness. Tonight will be one of the first time on this trip that I am camping by myself. If I hadn’t already pitched my tent I think I would fight the bugs sleeping on the beach. I will sit here at least until sunset: the perfect end to a beautiful day in Canada.

Today I went cove hopping along the north shore of Lake Superior. I stopped for Second Breakfast (a fresh orange and a protein bar) at Old Woman’s Bay. Then later I ate lunch at Catherine’s cove, a sandy bar hidden in the folds of the Superior provincial park. I dipped my feet in the warming waters of the lake, testing the temperature for my later swim. 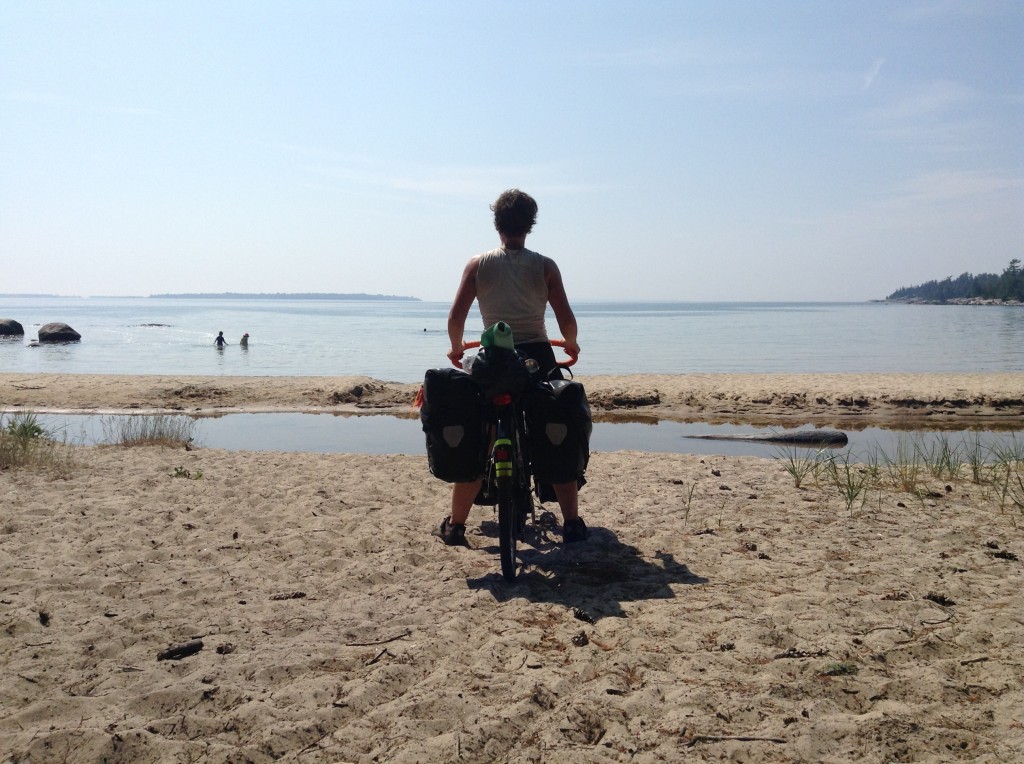 Catherine’s Cove. I would not advise cycling on sand. The wheels have a tendency to sink.

It has been a hot day for cycling. The Tarmac shimmered ahead in the intense heat. Sweat rolled down my bare, tanned shoulders. It has been so hot that my precious M&Ms have escaped their sugar coating and melted into a mucky mush in their pouch. No bears or moose spotted today – doubtless they are hiding in a cool bit of shade. I did spot another odd creature though in the form a cyclists. A man, cycling by himself, who although very friendly and chatty appeared to be slowly succumbing to the effects of Being By Oneself For Too Long. You talk too rapidly, too keenly and then pause, stuck for conversation. The dialogue twists awkwardly as it meanders through the mind of someone who has only had to cope with their own thoughts, not the speech of others, for the last 2 weeks. I wonder when I shall become like that.

I cycled past a trio of lakes. First I reached Dad Lake. I got exciting thinking that next to Dad Lake there might be a Dad Rock sign which could be photographed for next year’s Father’s Day card. Instead appeared a sign for Baby Lake. And shortly after Mom Lake. I pondered who had named these lakes, wondering if there were any other Lake Children around. Later on in the day my heart fell when I saw a lonely sign pointing off deep into the forest: Orphan Lake.

You know you have cycled a ridiculously long way when cycling 93 km feels like a “rest day”. Yet today’s sublime views of Superior from the inlets and hills tops along the north shore distracted me from the effort of pedalling. After less than 5 hours of cycling I pulled into the campground. Yes, it is daylight robbery to stay here (€38 per night – that’s about £25!) but the view of the now setting sun across the lake is priceless. 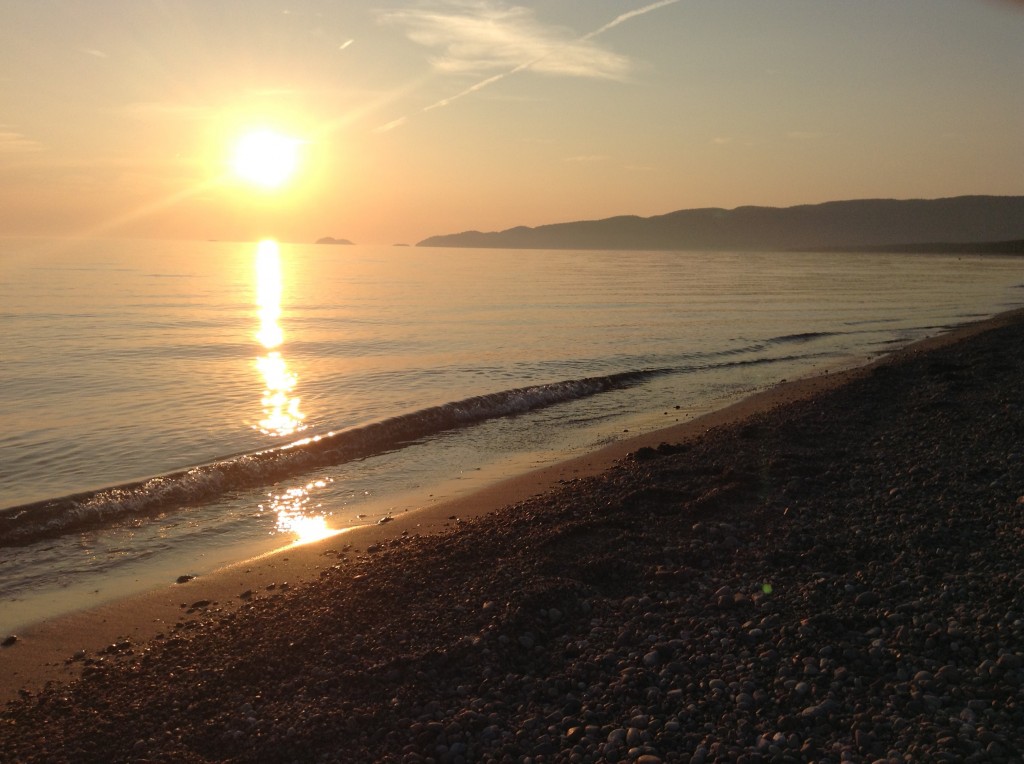