And so it begins. In the sunshine, with a strong southwesterly and the taste of Cornish ice cream: Land’s End.

Apparently I had been here before, or so my Dad told me, back in 1991. My four year old self, though I loved my pink bicycle with teddy bear strapped on the back seat, would have failed to foresee that I would be back some 24 years later with my Dad for another ice cream. This time though I didn’t have to suffer in the backseat with two brothers kicking and poking me while I felt sick from too much Ribena. This time I would cycle from Penzance station until one of us, my Dad this time, would call out in the way we had on family holidays for years and years: “I can see the sea!!”

That beautiful, dark blue smudge on the horizon became sparkling and white foam smashing against the rocks as we approached. In touristic mode, we parted with £10 in order to have our photograph taken under the “famous Land’s End signpost” and celebrated the start with the first ice creams of the trip. Here it begins, where the rock meets the sea. Over a thousand miles lie ahead before these two Rocks will meet the sea at John O’Groats. 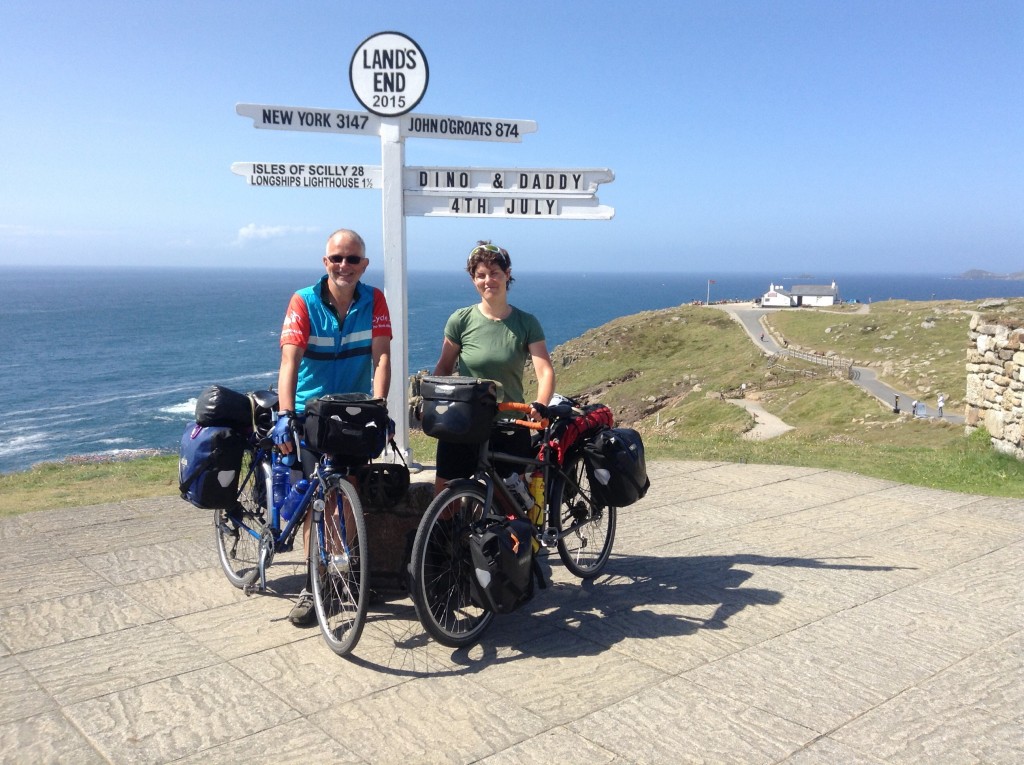 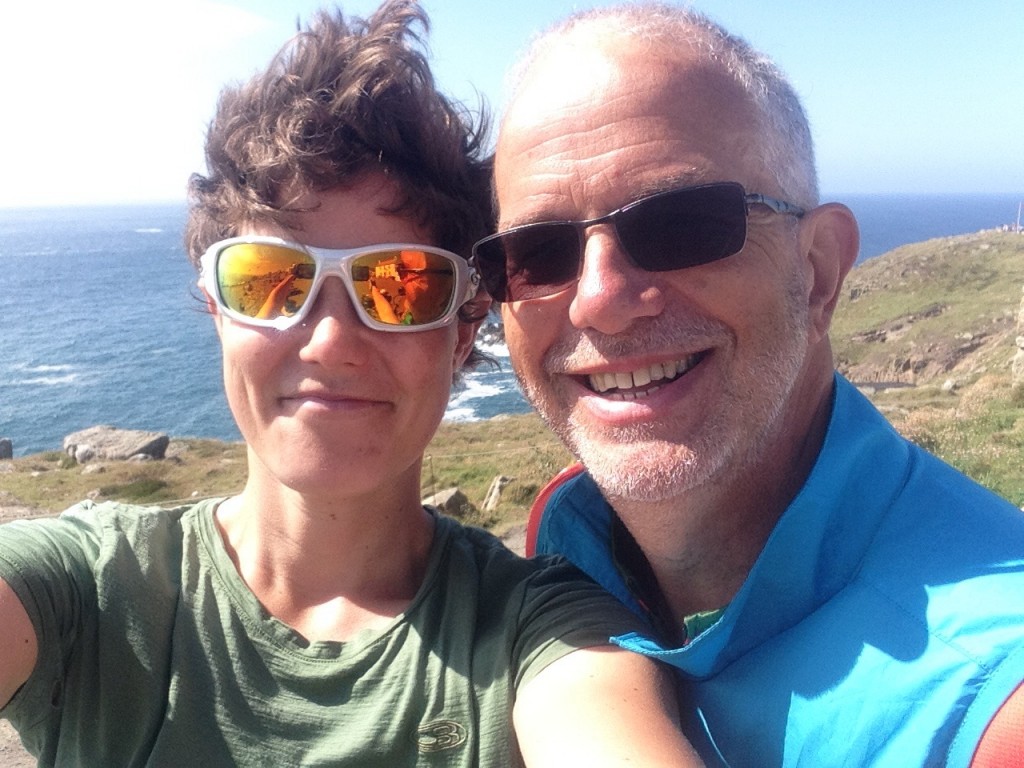