This is the way that my loving brother would coax me to the gym.

I didn’t have much choice in the matter. Having returned home from Australia homeless and penniless I lived in Seb’s spare room while I saved up enough money to go back to university. At this point Seb was in the midst of training to become a fitness instructor. I was the live-in guinea pig.

I recall one day Seb took me to the gym to do back-to-back gym sessions. We started with aqua aerobics (we were the only two people in the class under 50…), followed by a frenetic cardio class, followed by a body conditioning class led by Seb. Followed by collapsing back onto the sofa. The only saving grace was that Seb’s ideal post-workout snack was a tub of Haagen-Dazs.

Cycling across Canada reminds me of those gym sessions with Seb. Each leg has tested, boosted and exhausted my body in a new way.

The Rockies: climbing
I loved the mountains. Maybe it was because I grew up in the bottom of a valley but I love hill climbing. You have something to aim for. You know how long it will take to climb. I had trained for the mountains. My legs changed shape a but mostly they just enjoyed themselves.

The prairies: spinning
Flat is hard. Flat meant you could never, ever stop pedalling. There were no downhills, I could never coast. A gear change was a rare and special event. The prairies were a week long spin class. For five, six, seven hours I day I could sit on my bike and spin.

Cranking up the iPod, Florence & the machine, Tegan & Sara, and America [sic] got me across the prairies. I spun 800 kilometres in 6 days. What a ridiculous distance. With their deceptive difficulty the prairies battered my body and reshaped my legs in a way I hadn’t expected.

The forest: intervals
One moment I would be tapping away with the ease and grace of a swan gliding over the water. The next minute my heart was pounding, my thighs burning, my knees breaking underneath. I struggled like a loon trying to take flight as I fought the gradient. I feared collapse. And then… Breathe. Another swift, easy descent and my heart returns to normal.

The forests of the Canadian Shield were one, long (very long) interval class.

I don’t think Seb ever had a fourth class. Canada does. After climbing, spinning, interval training, I still have the Maritimes to go. How will the east coast test my legs? 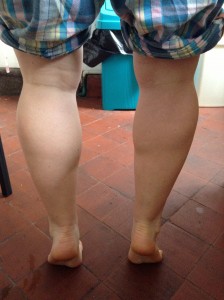 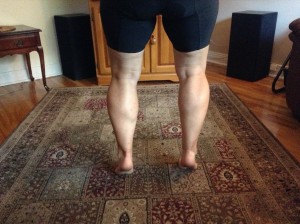 The end is in sight. I have only 2,500 kilometres to go before my legs and I can collapse back on the sofa with a tub of Haagen-Dazs.