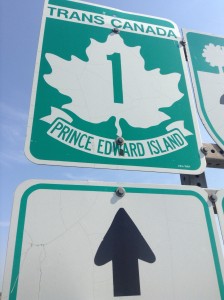 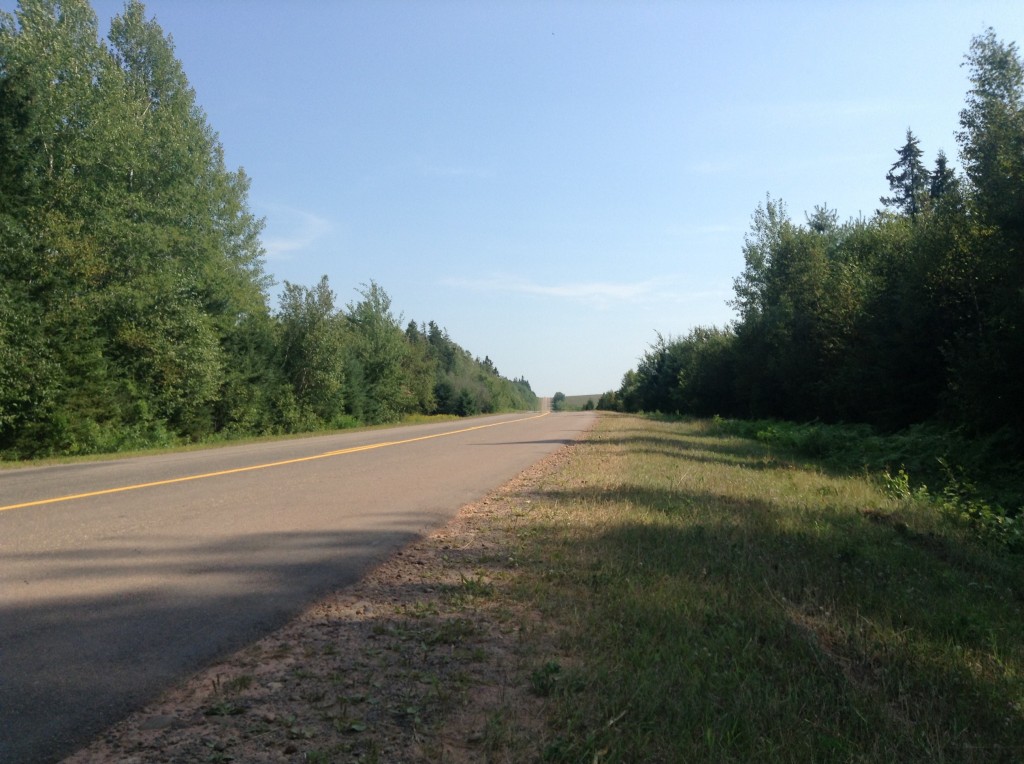 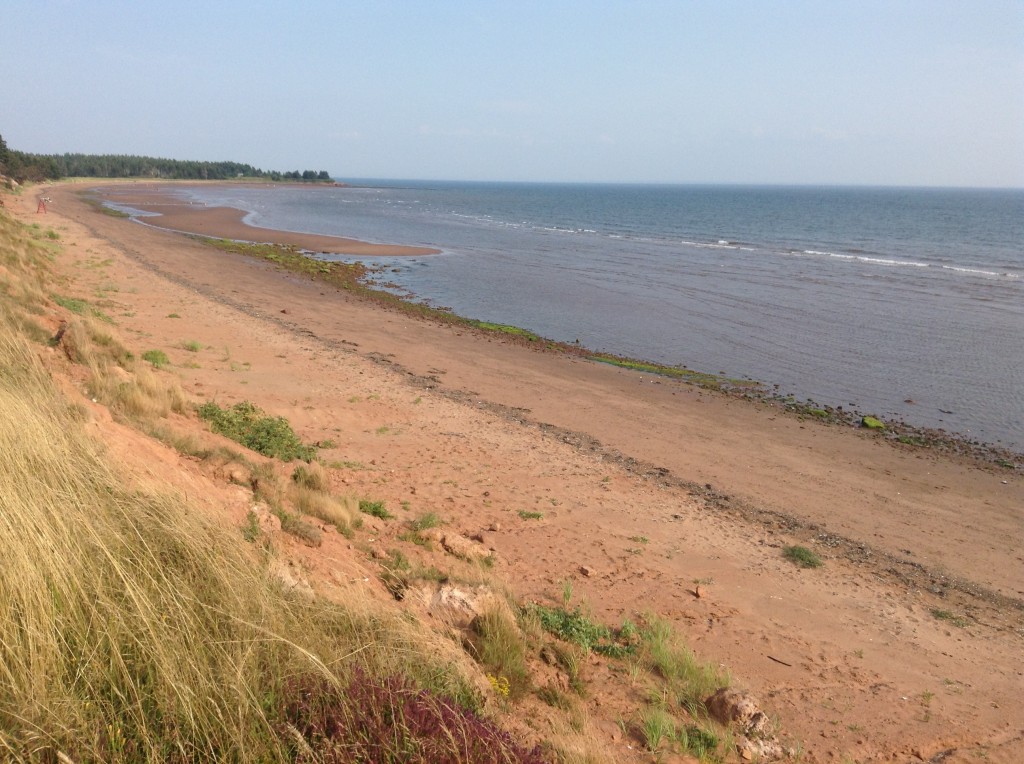 To PEI (with lots of food)

I was packed off in the morning from Aaron and Shelley’s with a full belly, a lunchbox full of the blueberries that I picked yesterday, and other provisions for the journey – including a small bagful of homegrown beans! I added significantly to the beans’ food mile by carrying them with me for 137.5km before they pimped up my noodle dinner. The noodles, ridiculously, I’ve been carrying for 4,000km.

I had an easy and enjoyable start to the day cycling along the river. I pedalled past sloping farmland, wooden houses decorated with Acadian flags, old worn looking pick up in the driveway and the occasional bored teenager on a bike.

After less than an hour on the road I couldn’t resists nipping into Tim Hortons. On the one hand, for the entire trip I have been promising myself that one day I would buy a whole box of donuts. On the other hand, staying with Aaron and Shelley reminded me how homegrown vegetables are unparalleled in their tastiness. Oh dear. I ended up buying a whole box of Timbits (translation: donut holes). The box of 20 Timbits did not, I’m afraid to say, last til lunch. 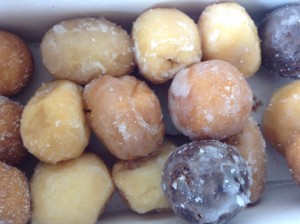 After 50km I stopped in Shediac where the remaining Timbits were devoured along with juicy, handfuls of blueberries bleeding purple juice over my fingers. I am glad the washroom has a mirror as I had blueberry juice all round my face.

After lunch I pedalled again, and continued to pedal, and kept on pedalling. I did that thing that if someone else does is really annoying: “Oh, just a few more km.” Then, “oh just a few more” and “let’s just reach the top of this hill” etc. I managed to churn out 108k, before I stopped for lunch at a pretty spot overlooking the Northumberland Strait, the stretch of land that separated Prince Edwards Island (known to all as PEI) and mainland Canada.

When the smudge of indigo on the horizon sharpened into view my legs found the energy to push faster. It’s confederation bridge! The road to a new land! The crossing to my penultimate province!

Monty and I had to catch a shuttle bus as it is illegal to walk or cycle across the 13km bridge. Blimey, I was glad for there was only a small barrier protecting the two lanes of traffic from the fall into the drink. The snaking bridge curved over the blue waters.

The first thing you notice about PEI is the rusty red rock that borders the island. “It goes right the way round,” the driver said. “Some sort of sandstone I think.”

Shelley had tipped me off that PEI is famous for its icecream. “It’s tourist prices,” the driver had huffed when I asked for directions. But thankfully the BIDIB (beer, icecream, delicious item budget – $400 that I saved by not going to Newfoundland) afforded me a double scoop of cowberry and salted caramel in a sprinkle coated waffle come. Nom nom nom. 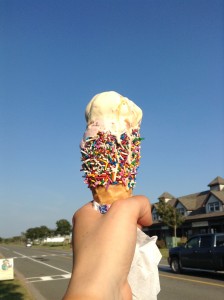 The last icecream-fuelled kilometres to the campground were the best of the day. The cornfields shimmered in the lowering late summer sun. I turned my head to catch vanishing views of the bridge standing like a blue snake on stilts over the water. The cornfields were bending over in the wind. The windy sky was a spotless blue save for a few contrails. A flock of starlings swirled over the fields.

My campground overlooks Northumberland strait. The sun has set behind the line of spruce trees. The surf nibbles at the shore. The strong wind buffets my tent. I am sitting under the flap of my tent when I notice the moon rising. It is pink. The large disc appears on the eastern horizon like a second sun that has been wrapped in a rich salmon coloured silk. It is moments like this, in awe of the quiet majesty of nature, that make all the cycling – and all of life – worthwhile.

Cycling across Canada, Food, New Brunswick, PEI, why am I doing this?