The ascent of Allison Pass

“When I imagined cycling across Canada I imagined it would be like this,” Nic remarked as we enjoyed the hardest cycling of the trip.

Sunshine, a cool westerly breeze, jelly beans, forest, steep ascending, mountains and even a bear – all these things made for a memorable day’s cycling.

Today we tackled Allison Pass. A hefty climb from 56m to over 1,300m above sea level. I’d read online that it was the toughest day of cycling across Canada. Monty and I were mentally prepped and focused on the ride ahead, but we also knew that we could do it. It’s ‘only’ as high as Mont Aigoual which we cycled up last year with Ruth (a reasonably horredous ride as it was so windy we thought we might be blown off the top of the mountain!)

In comparison to Mont Aigoual, Allison pass was a complete joy and pleasure. Yes it was steep, very steep in fact (for reference many stretches were much, much steeper than Nuffield hill or the hill up to the Lodge) but my legs felt strong.

I should explain that I didn’t actually see the bear although it was only the other side of the road. How did I miss it? A car had managed to drive off the road so it was hanging precariously on the edge of the steep gravel slope that descended many feet into the Skagit river. It didn’t look like a great place to be. The driver was hanging out the window, as if trying to balance the car so it wouldn’t roll down the slope into the cold gusting river.

“I feel like a complete dumb ass right now,” he remarked, appreciating the stupidity if not the danger of dangling over a steep drop.

A couple of other cars had pulled up around, seemingly to help with a rescue although there was a distinct lack of a tow rope.

Oh well. We can’t tow up a car on bicycles. So we merrily cycled past. Now on the other side of the road from all this is a young black bear. It’s sort of like one of those physiology studies in distraction. Nic and I only found out about the bear when Rob caught up with us and told us about it (he even had time to take some photos).

I’m slightly disappointed that I missed my first bear. Yet also very pleased as it wouldn’t have done my nerves much good. 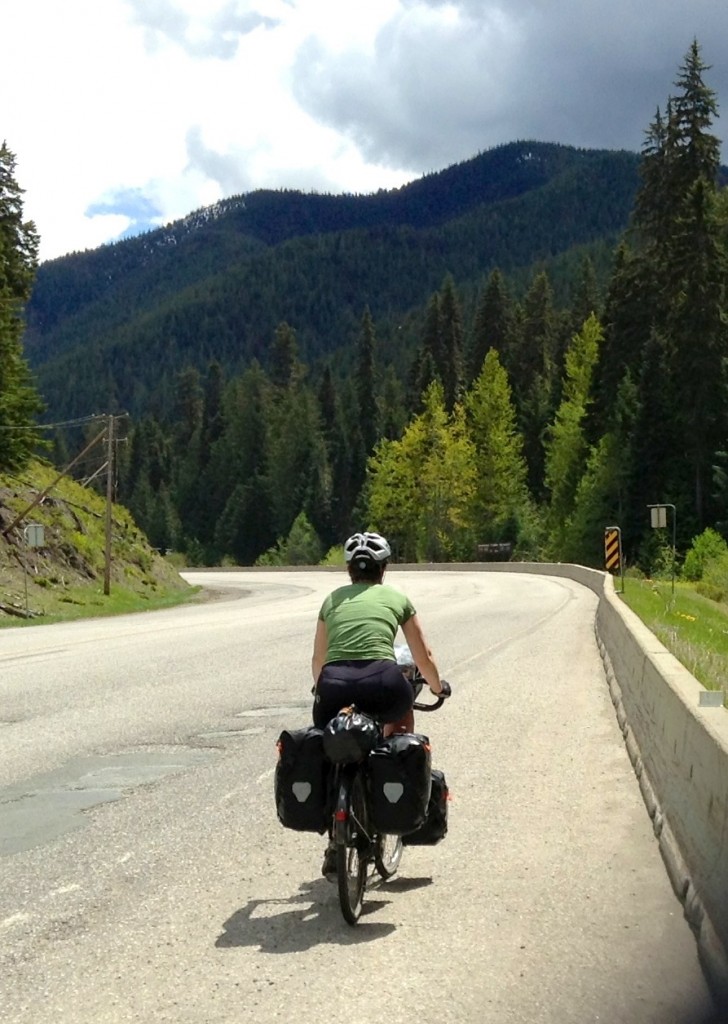 As you can see… Sunshine, forest, mountain and lots of pedalling uphill… 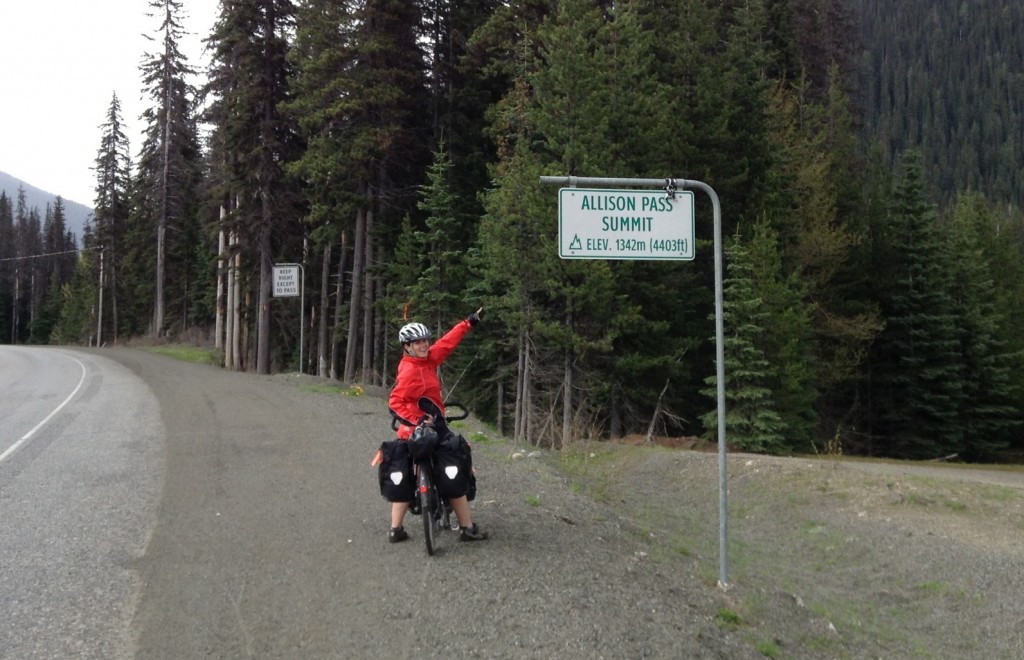 Sunshine, a cool westerly breeze, jelly beans, forest, mountains and even a bear.

Today was exactly like cycling across Canada should be: awesome.

BC, Bears, Cycling across Canada, sunshine